Above: YB-49, Edwards Airforce Base.

The YB-49 strategic bomber came about as an extension of the ultimately-cancelled XB-35/YB-35 project. The major difference between the two lines was the YB-49's switch to an all-turbojet-powered arrangement. Like the XB-35/YB-35 before it, the YB-49 also eventually suffered cancellation. Just two were completed with seven more remaining in various stages of conversion from the YB-35 standard at the end.

The prototype YB-49 made its official maiden flight in 1947 and showcased a promising future in testing.

In November 1941, the Unites States Army Air Forces (USAAF, or AAF) signed the development contract for an XB-35; the contract included an option for a second aircraft, which was exercised in January 1942. The first was to be delivered in November 1943, the second in April of 1944. In June 1946, the XB-35 made its first flight. 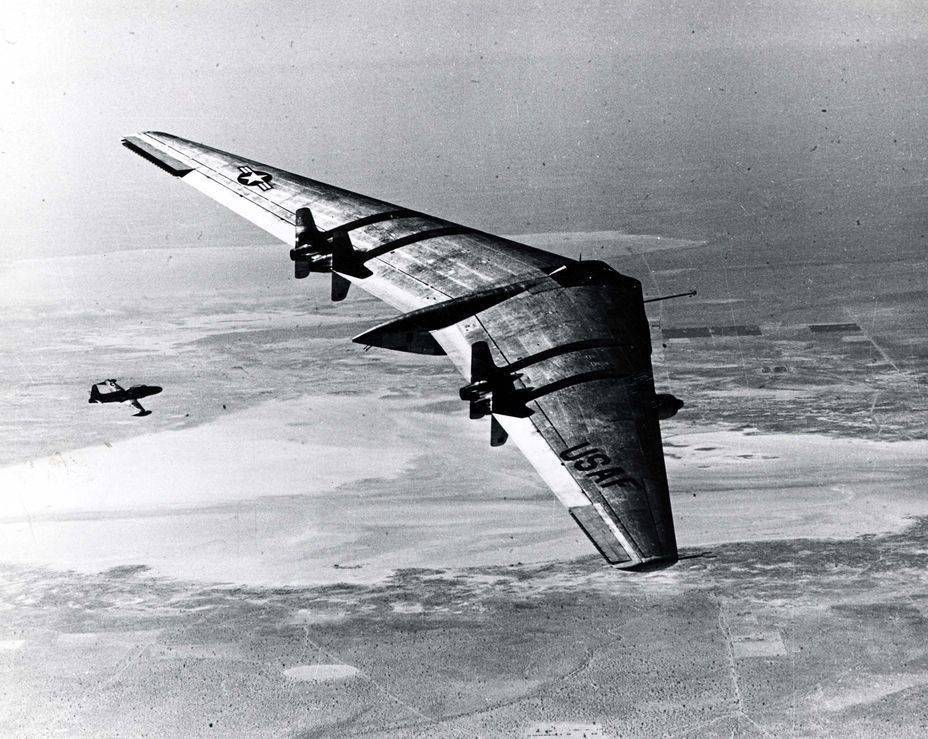 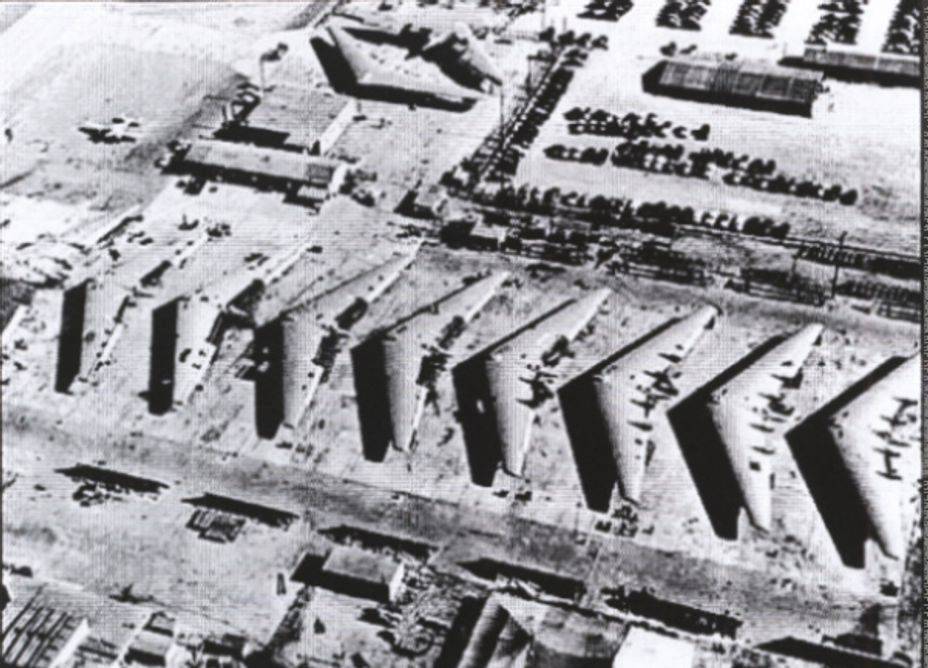 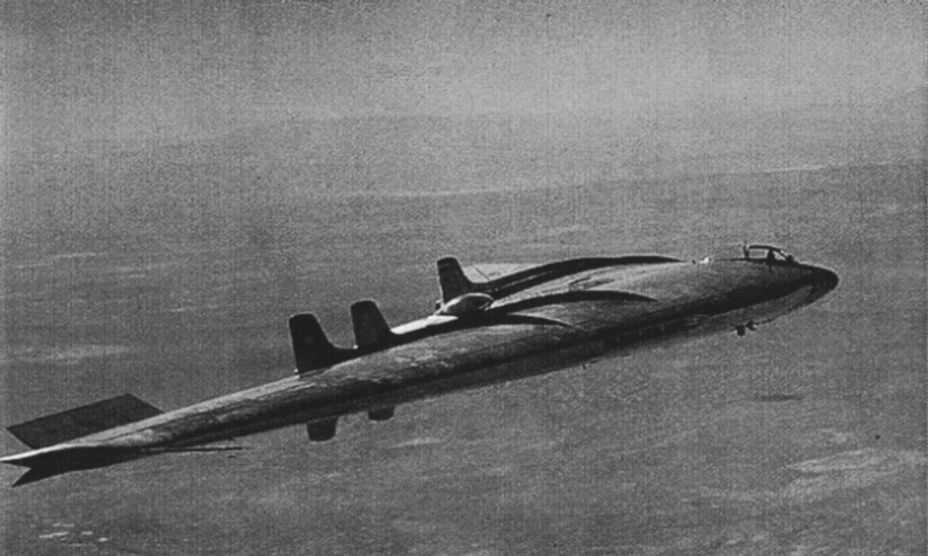 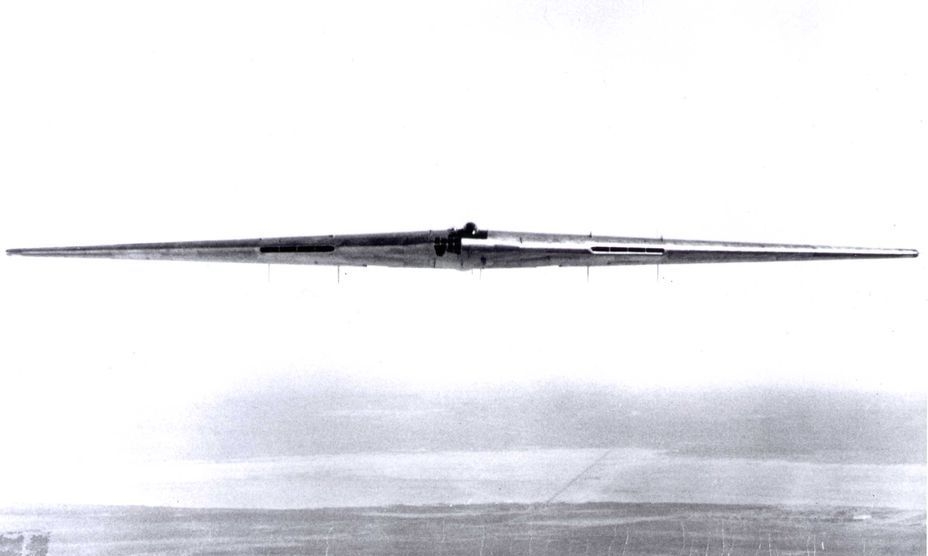 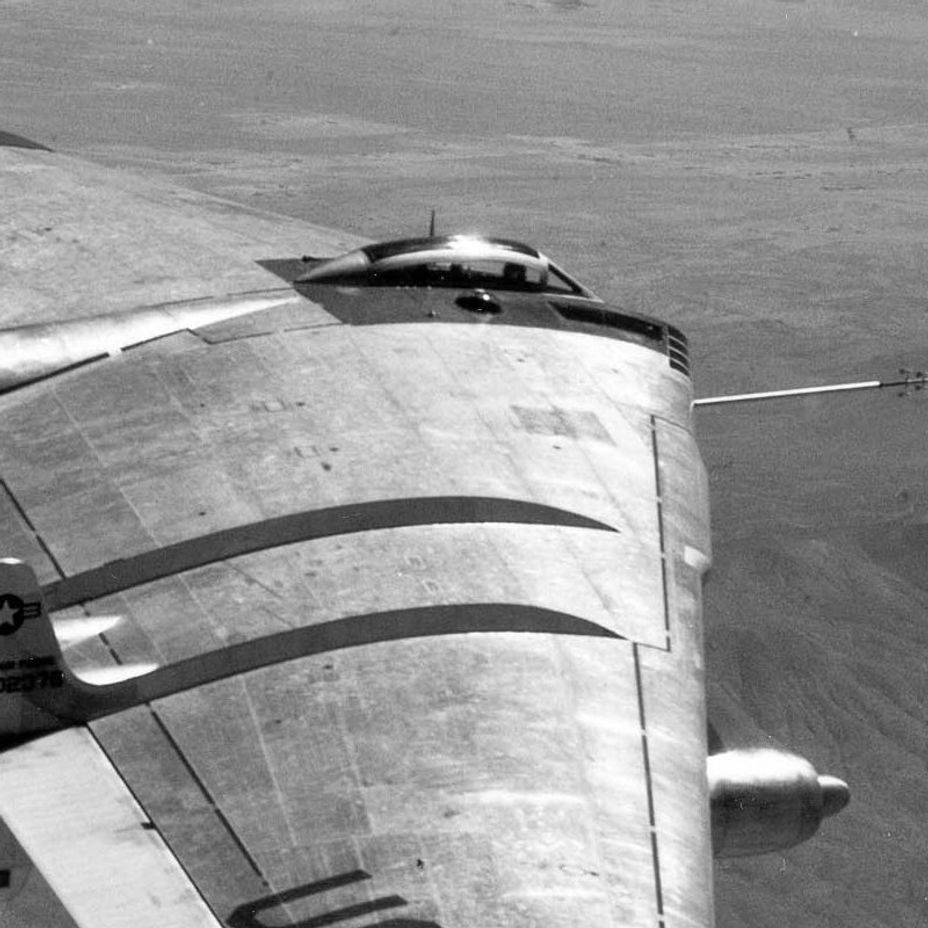 by Kenneth Arnold would be the sighting of (Northrop) flying wings. Also read the book

Above: Book "Nationale Sicherheit" from Dan Davis about the UFO-Case

from Kenneth Arnold and the Northrop- XB-35 / YB-49 Flying Wings. 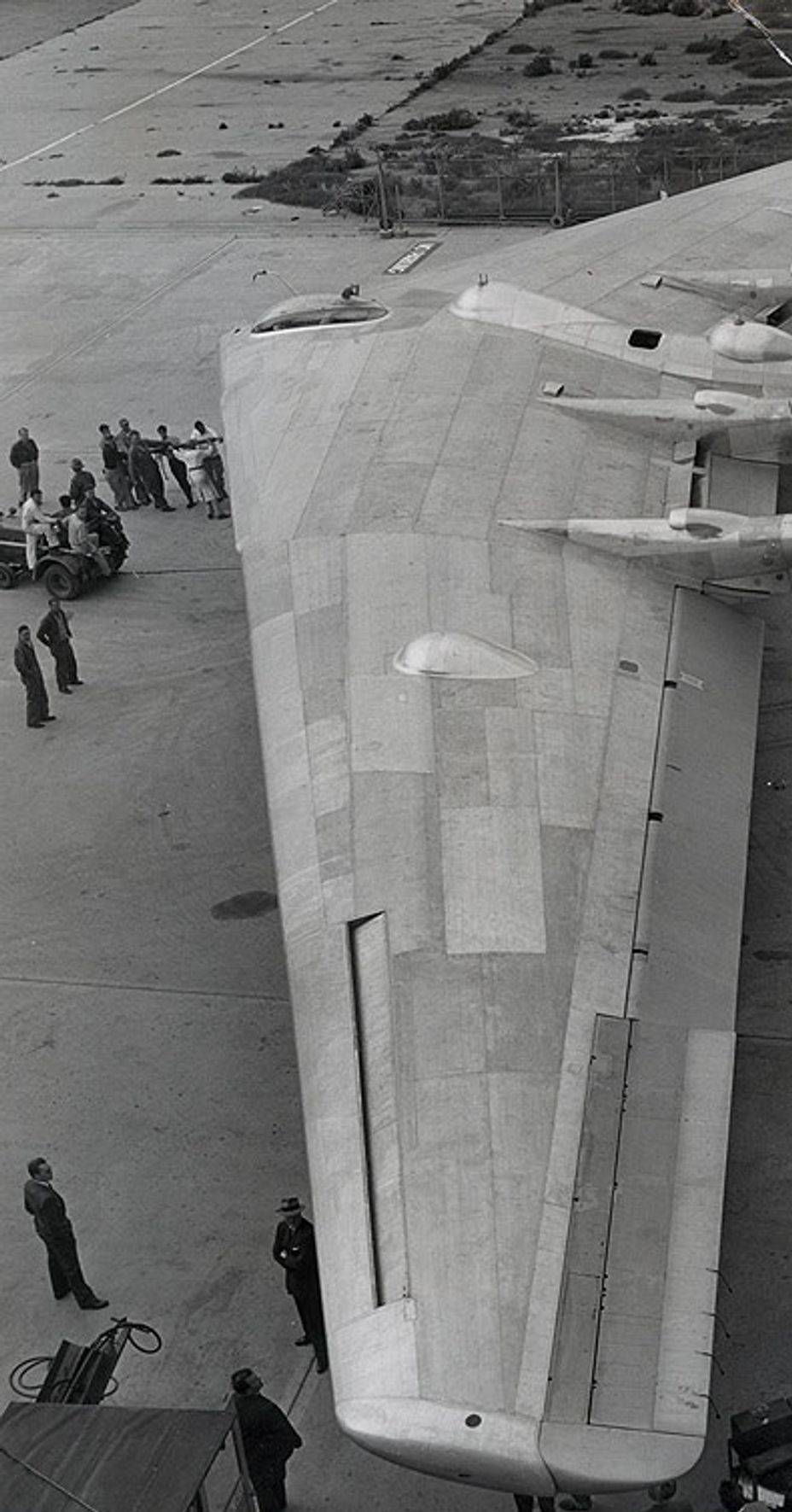 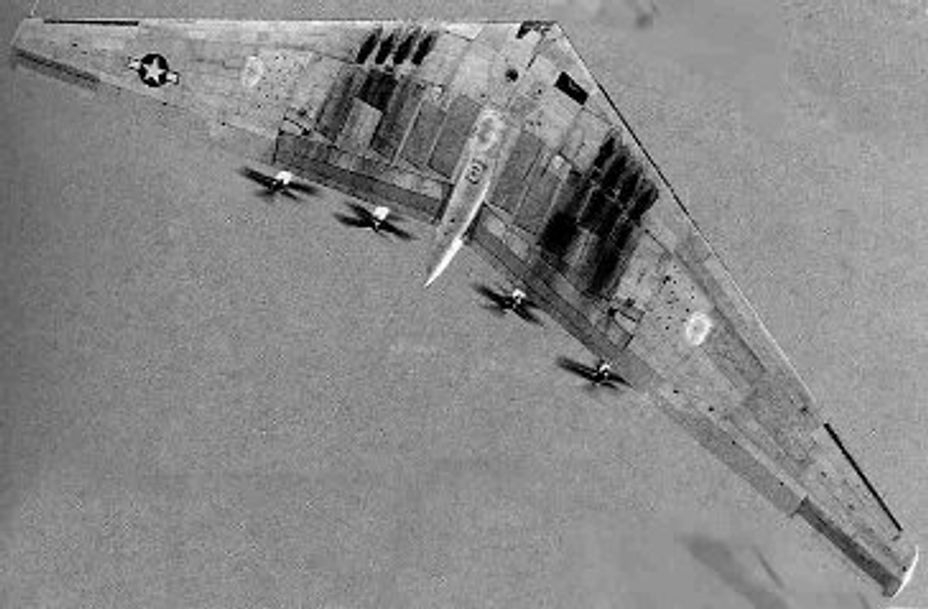 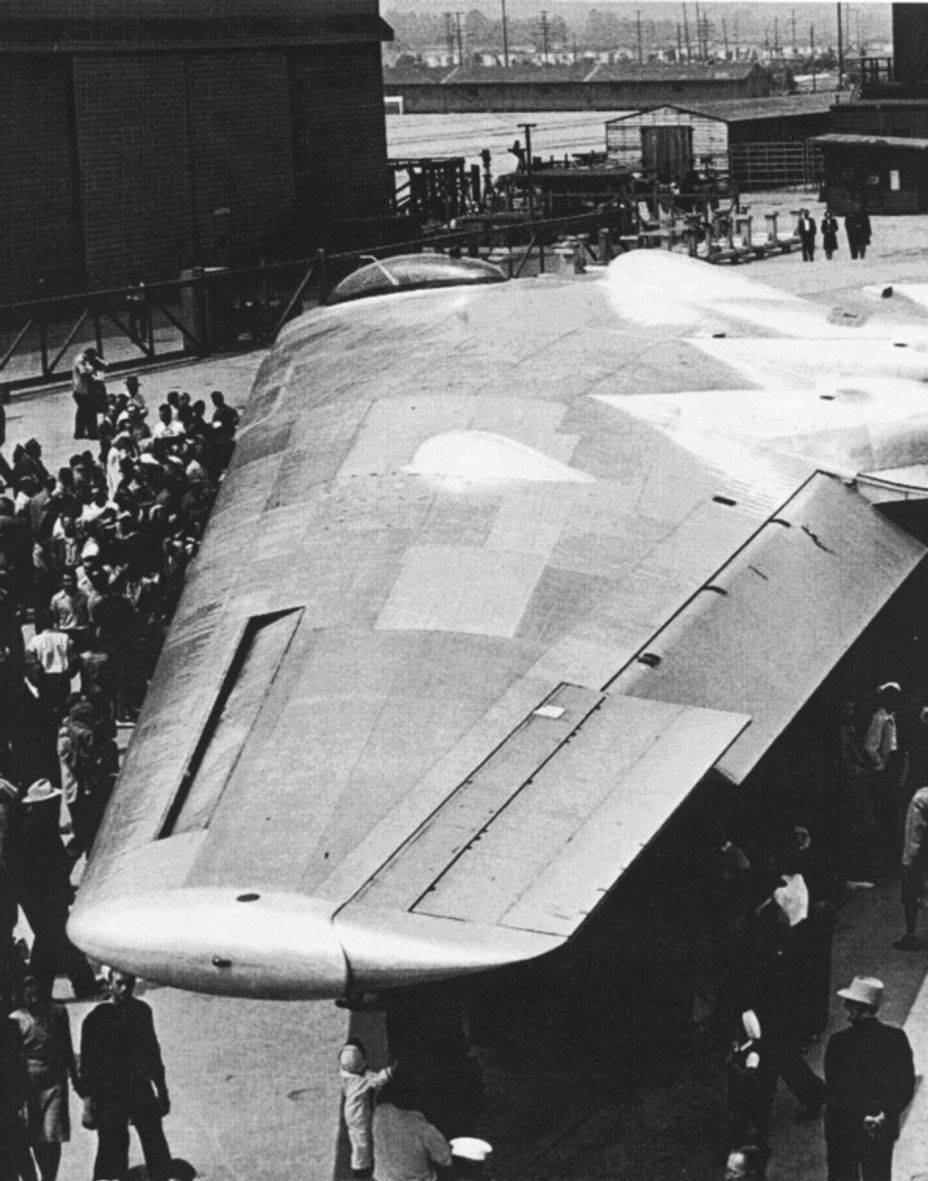